Uroš and his son Jošt spend a lot of time on the BMX track in Ljubljana; Jošt is only seven years old and already a real master of BMX riding. He’s a participant of the Rajd’s cycling school, but he and his father also choose individual training classes with cycling teacher Tim. Take a look what Uroš thoughts on this are, how beneficial this is for Jošt and if this kind of training also works for you or your kid.

RAJD: Why did you choose individual training classes for your son Jošt, he’s already attending the cycling school?
UROŠ: Jošt got his first real BMX bike in March 2017 and after that really started with this discipline. Until then we’re considering everything, including training sessions with Rajd, just as a way to gain basic cycling skills. But with a BMX bike he was quickly flying across the whoops on the track, and start to aim higher. He started to work with Tim in August. Combination of determination and Tim’s advices improved his riding style.

What was the goal of the one-on-one training sessions? Did you wanted to get better results or improve technique?
Both. Jošt was on his first B4X Inverted.si race in April. He’s fifth, after that he’s only doing better and better, and he also got bigger desire to be faster. He’s in Rajd’s cycling school, under the mentorship of Miha, but before the race in Ljubljana we asked Tim for some extra advices and so everything started. Tim and Jošt meet once in about every 10 days, after all Jošt is still just seven. If he’ll want we’ll increase the frequency.
I used to race with mountain bikes and I understand that I cannot be both father and a coach. Jošt and I are friends and have son-father relationship. I fix his bike, clean it and take care of the gear, but he shouldn’t feel pressure from my side when he’s on the bike. This would destroy our relationship and his love for cycling could change in hatred. I know for a lot of situations father/coach – son/racer that didn’t end well.

Tim is not racing anymore, but he has a lot of experiences and knowledge. What is he like teacher?
Tim is phenomenal. He’s relaxed, knows how to work with kids, excellent teacher. He’s transferring knowledge from his racing times and, this is the most important part, can adjust to the needs of a kid. He evaluates the level of knowledge and works on slow upgrading. He’s not hitting his head against the wall and listens to his student.

Can you notice the progress?
More you put in, more you get out. It’s hard to me to talk about progress, everything is developing slowly and thought out. We’re not going ahead of our selves and don’t want to push him too much. We’ll see how he’ll do in this season, on the serious races and in the international competition. I believe that everything should be more of a game and not racing at this age and I don’t want to put any results related pressure on Jošt. But at the same time we all know that there is a lot of rivalry in BMX – even at this age. I’ll let my self to be surprised, I have 120% trust in Tim.

How does an individual training looks like?
Tim and I decide on that on the go, and decide which elements to include in a practice. If Tim decides on basics like “pumping” or manual, then we go to pump-track in Bežigrad. If we practice jumping then we go to BMX Park Ljubljana.
I sometimes also take Jošt to other pump tracks around Slovenia and just let him be. Most of the time I don’t interfere with his riding, I let him have fun and do what he wants. He’s mature enough that he know what speed he needs for a certain maneuver. On the next training with Tim they analyze what he was doing and how he can transfer those feelings to the track.

You were also racing yourself (in mountain biking)… If you now look back at those times – how much would something like that help you at the time?
I meet with mountain bike racing in 1989, in the early days of the sport when we only had “road cycling” mentorship available, nobody knew what was really going on in mountain bikes. We’re learning the technique by our selves and somehow made it through. I must admit that BMX riding would help a lot.
If I would have a chance to work with Miha and Tim and be part of some organized training I would aim higher for sure. But times are changing and I plan to support my son – as long as he’ll want to do in and have fun doing it.

Would you recommend individual training also to others?
If a kid wants to do it, then absolutely. If they prefer to take it a little bit more easy and work with a group, then one-on-one system maybe isn’t the best solution. Individual training is more intense that the one in the cycling school, there are more repetitions of the basic elements. A child also has to be fit enough for this kind of training, if not he’ll have problems and the result could be negative.

Are you interested in individual MTB or BMX classes for yourself or your kids? Or would you like to enroll your kid/s in our BMX and MTB schools? Send us an email and we’ll get back to you quickly. 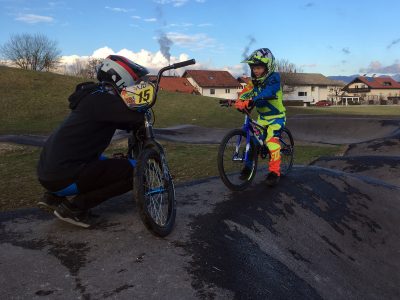 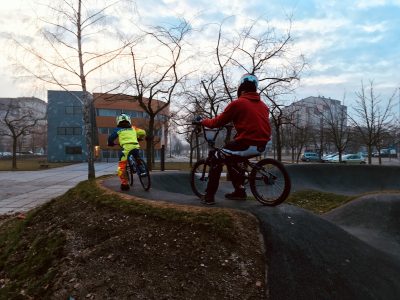 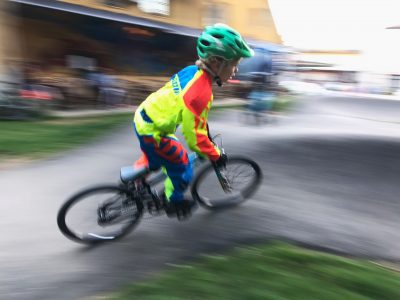 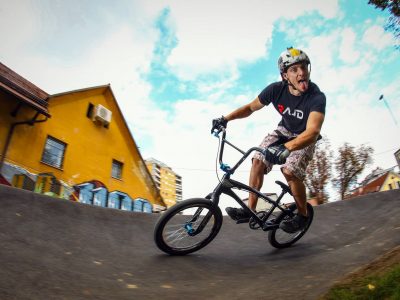 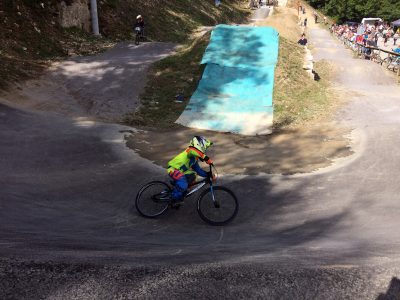 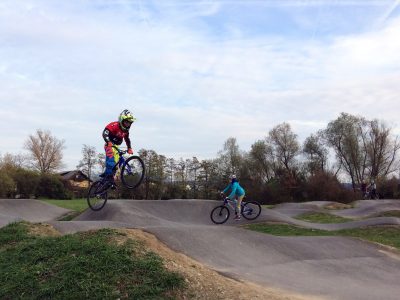